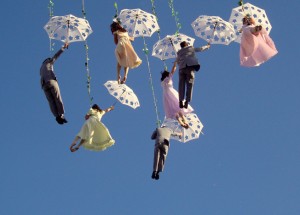 The third Salisbury Festival under director Maria Bota got under way on 20th May with a free aerial performance in the Market Square by Argentinian company Voala, fitting in with this year’s theme of ‘air’.

The Festival drew to a Close on 2nd June with the Party in the Close.