7 days in June, more than 140 speakers, over 110 literary talks and debates, in excess of 300 living historians and re-enactors. The Daily Mail Chalke Valley History Festival is a celebration of history like no other.

2015 is a year of many anniversaries. The 800th of Magna Carta, the 600th of Agincourt, the 200th of Waterloo, the 100th of Gallipoli, the 75th of the Battle of Britain, and, of course, the 70th of the end of the Second World War. The Daily Mail Chalke Valley History Festival will be marking all of them, as well as offering a plethora of other events designed to inspire, excite and inform all those attending. Set in the heart of Wessex, 12 miles south-west of Salisbury and with the beautiful Chalke Valley downs as its backdrop, the Festival combines a unique blend of talks, discussions and debates with a vast living history through-the-ages encampment, and stunning air show. 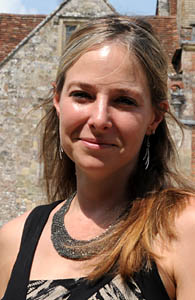 The programme for this year has just been announced and tickets are now on sale. Amongst the Festival favourites making a welcome return are Ian Hislop, Michael Wood, Neil Oliver, Antony Beevor, Tom Holland and Dan Snow. New faces for 2015 include the distinguished historian David Starkey, the acclaimed Director of the British Museum, Neil MacGregor, Oscar-winning screenwriter and the creator of the internationally successful Downton Abbey Julian Fellowes, and award-winning biographer Claire Tomalin. Also making a debut in this year’s glittering line-up is Andrew Roberts (talking about Napoleon), Ranulph Fiennes (on Agincourt), Amanda Foreman (discussing the influence of women through the centuries), acclaimed journalist and writer Anita Anand (on the dispossessed Indian Princess Sophia Duleep Singh), anatomist and broadcaster Alice Roberts (deciphering the history of our anatomical understanding), Charles Spencer (examining Charles I’s executioners), and novelist Kate Mosse (talking about the historical backdrop to her bestselling books). Plus a rare treat, to meet Jeremy Hutchinson, the greatest criminal barrister of his generation, in conversation with Jon Snow at the age of 100. The literary programme, with its wide variety of subjects and themes, promises something for everyone and a full list of speakers can be found at programme.cvhf.org.uk/festival-programme/speakers/

A new addition to this year’s Festival will be a series of talks and debates called The Long View where today’s most important world issues are looked at, by both experts and the Festival audience, through the prism of history. This year the subjects will be the Caliphate, the global financial crash and, in this Magna Carta anniversary year, the case for a British constitution. Meanwhile, the annual Prospect Debate this year is tackling one of the most important issues of our age with the motion ‘Should the West defend Ukraine?’

This June the Daily Mail Chalke Valley History Festival will be hosting more wonderful aircraft than ever before, with static models of a Spitfire and Hurricane on show all week outside the main entrance tent and a wide variety of historic aircraft filling the skies above the site during the air displays on the Saturday and Sunday. Already confirmed are the UK’s only flying Lancaster, the only air-worthy Bristol Blenheim, Spitfires, a Hurricane, a P-51 Mustang and a Catalina. The Festival is also thrilled to be welcoming Wing Commander Tom Neil, a double-ace of the Battle of Britain, plus there will be a chance to hear from a complete seven-man Lancaster crew, who made up the different roles on the bomber during the Second World War, and including last British Dam Buster, George ‘Johnny’ Johnson.
Commenting on all the different activities lined up for this year, co-Chair of the Festival James Holland said: ‘Our festival is the only one of its kind in the UK. Here you can watch the Lancaster and Spitfires flying overhead, learn how Romans lived and fought or discover what it was like to be a longbowman at Agincourt. There’s so much to see and do, and as if that wasn’t enough, you can hear our most popular and eminent historians talking about and discussing a vast range of subjects. Chalke Valley truly is a festival of history and it promises to be an incredible week.’

For the first time this year, the Festival will be hosting a special 1940s-themed festival weekend that includes living history events, talks by award-winning historians, interviews with veterans, ‘dress-up’ Saturday, and lots of activities for the children. Kicking-off proceedings will be a pair of Spitfires performing over the site on the Friday evening, followed by a big Victory Party on the Saturday night, with dancing instruction from Pretty Me Vintage, big band jazz with the London Swing Orchestra and the George Formby Experience, plus a cabaret– all compèred by the incomparable John Sessions. The line-up also includes songs by Danny McCrudden, formerly a sailor in the Pacific Fleet during the War, who will be celebrating his 92nd birthday on Sunday 28th June.

With more living history throughout the week than in the previous festivals, there will be lots to do for all the family. Dotted around the main festival site will be small encampments from Roman times to the Second World War, which will include amongst others the age of Magna Carta, the Hundred Years’ War, the Italian renaissance, and the Victorians. Each encampment will be manned by hugely knowledgeable living historians who will be demonstrating their particular period – living, cooking, making tools and everyday utensils, or preparing for battle – and giving informal talks. The popular Anglo-Saxon settlement with two reconstructed dwellings returns, while during the festival weekend there will be a new medieval combat tournament, which will include team and individual skills at arms, and will culminate in the final for the inaugural ‘Chalke Valley Gauntlet’.

The final of The Penguin Chalke Valley History Prize will take place on Sunday 28th June, with awards being made to two age groups: students from 11-14, and 15-18. The prizes are worth £500 to the winner of each category, £500 to the winners’ schools, £100 of Penguin Books, and a one-on-one writing session with a senior publisher at Penguin. Among the judges this year are best-selling author Sebastian Faulks, acclaimed actress Haydn Gwynne, award-winning biographer Claire Tomalin, and comedian and best-selling novelist Charlie Higson.

Running alongside the main programme, the Schools Festival at the Daily Mail Chalke Valley History Festival sees thousands of pupils from primary school to sixth formers visit during the first half of the week on special days dedicated to different year groups. Aimed at Years 6, 10 and 12, a wide range of curriculum-based subjects will be discussed by eminent historians on subjects as varied as The Spanish Civil War, Shakespeare, Byzantium, Thomas Cromwell and Roman Medicine, along with living history and inter-active demonstrations bringing history to life. Guest speakers this year include Dominic Sandbrook, Allan Mallinson, Paul Preston, Ros Liddington, Peter Caddick-Adams, and Tracy Borman.

Co-Chair James Heneage said: “’This is Chalke Valley’s fifth year and we are already one of the UK’s biggest festivals. It proves that history is alive and well in this country and people will assemble in their thousands to be amazed and entertained by the past. We’re particularly proud that so many young people, across many age groups, come to our Schools Festival which runs in parallel.”

In addition to the formal speakers and living history events, there will also be a programme of Pop-Up History, including short and informal talks, with speakers in amongst the audience and with the emphasis on listeners joining in, asking questions, and getting involved. Also, back by popular demand, is the hilarious Histrionics Quiz Show, sword school for both adults and children, and plenty of stalls for some well-earned retail therapy. The BBC will again have a tent at the Festival this year and visitors can look forward to a range of television history’s big names panel discussions, radio recordings, presenter talks and screenings, along with lots of information and green screen fun in the future-looking interactive area. Book signings will be arranged by Festival partner Waterstones, and award-winning artist Anna Redwood will be displaying a number of portraits she has painted of some of the very last men who flew in the Battle of Britain in a specially-designed exhibition tent.

The principal purpose of the Festival is to support the Chalke Valley History Trust which was set up to promote the understanding, importance and enjoyment of history to the widest possible audience of all ages. For more information, visit http://chalkevalleyhistorytrust.org.uk/

The Daily Mail Chalke Valley History Festival will take place in Ebbesbourne Wake, near Salisbury, Wiltshire. Tickets can be purchased by calling 01722 781133.