Discovery Gardens
Historic Wadworth Brewery in Devizes are exhibiting with Sparsholt College to tell the story of the hop. The winning combination of college and brewery has led to a Gold medal from the RHS.

The garden includes many features associated with the company which has been brewing in Devizes for 140 years. From a penny farthing inspired by founder Henry Wadworth who cycled from London to Bath in 1869, to original beer barrels, traditional hand pumps and a magnificent hand painted ‘Hop Cycle’ pub sign.

“We are simply delighted to be involved in this project for the Chelsea Flower Show and to be working with the remarkably talented staff and students of Sparsholt College,” said Paul Sullivan, Wadworth Sales and Marketing Director. “This is an exciting time for the brewing industry with the craft beer sector growing rapidly. As an established brewer that prides itself on quality and consistency, we are conscious of the need to nurture our dwindling stock of heritage hop varieties so that future brewers have a full range of ingredients to choose from to create the finest beers. Cask ale is now fashionable again having virtually disappeared in the 1970’s. Maintaining a full range of hop varieties will help to provide the brewers of the future with the basic ingredients for extending the variety and popularity of this historic beverage.”

A Trugmaker’s Garden celebrates the traditional skills of the Sussex trugmakers, who make the iconic willow and sweet chestnut garden trugs, which are still made in the region today, by beautifully depicting a trugmaker’s garden at the front of a traditional timber built
workshop. 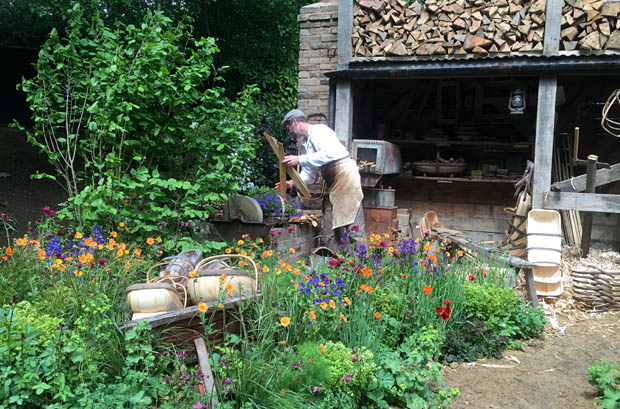 The garden’s vibrant planting scheme is indicative of its time, as a means of attracting passing trade. The busy workshop is bursting with willow and chestnut wood and the traditional Trugmaker’s tools which are still used today. A bold and bright colour scheme runs through the gardens with vibrant colours of oranges, plums, acid greens with a splash of blue with an organised informal planting style. A statement plant includes the brightly coloured geum’s zing!

Planting/Colour Scheme
The materials and techniques of trugmaking are reflected throughout the garden including in its path and border edging. The steps to the garden use reclaimed brick typical of the Sussex Weald. None of the materials are new but traditional as befits an Artisan Garden and have been used creatively to reflect A Trugmaker’s Garden. Materials include Castanea sativa (chestnut) and Salix alba var. caerulea (cricket-bat willow) are repeated throughout
the garden. These are the woods used by the Sussex trugmaker’s. The workshop is built from reclaimed oak, the steps from reclaimed bricks, the path is crushed sandstone. Piles of wood shavings from the trugmaking litter the floor of the workshop.

Serena said: “My main aim was to go to Chelsea with a strong Artisan story for the garden that would engage the imagination of the many visitors to the show.  To be awarded a gold medal was beyond all my expectations and it was received with joyful tears!  I am totally overwhelmed by all the comments and messages that I’ve received and just so happy that I have achieved what I set out to do. It’s been an incredible experience.”

Children in Minety and Warminster grow for the Miracle-Gro garden

Children at Minety Pre-school and Minety Primary School, Malmesbury, and Wylye Coyotes Afterschool Club, Warminster, have had their vegetables selected for the Miracle-Gro’wers Learning Journey from Compost to Kitchen garden which won a Silver-Gilt medal. The exhibit highlights that growing food at school and at home will provide healthy, nutritious vegetables, fruit and edible flowers that will encourage everyone to eat ‘five-a-day’ and thereby help reduce obesity in the UK. 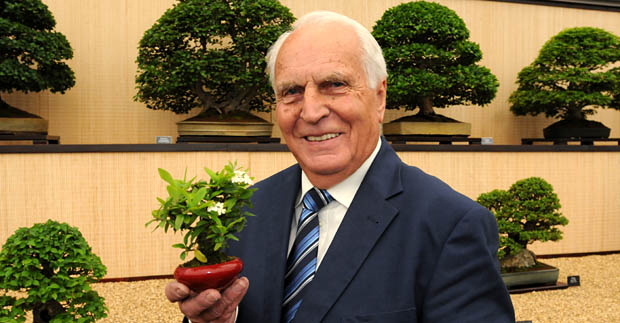 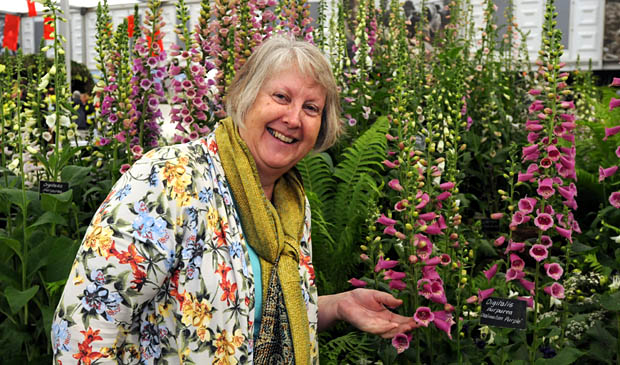 The National Association of Flower Arrangement Societies (NAFAS) exhibit from a different area each year. This year was the turn of the south West, including Wiltshire.

The ladies were happy to see actor Sir Ian McKellan on their stand this year – he has a good friend in the society and was very interested in all the hard work that had gone into the display.