Enthronement of the 78th Bishop of Salisbury

The enthronement of the 78th Bishop of Salisbury, The Right Reverend Nicholas Holtam, took place in Salisbury Cathedral on 15 October .

The 56 year old grew up in North London and was Vicar of St Martin-in-the-Fields for 16 years before taking up his new appointment.

His ordination and consecration ceremony took place on 22nd July at St Paul’s Cathedral in a service led by the Archbishop of Canterbury and  assisted by the Bishop of London. Public ministry was permitted following a  visit to Buckingham Palace to pay homage to Her Majesty The Queen on 11th October.

The enthronement was the final ceremony to instate the Bishop Nicholas in Salisbury Cathedral.

The ceremony started off by walking in procession to the city centre  from Bishopdown, accompanied by school children and the Salvation Army Band.  The route included a stop in The Old George Mall before moving on to the High Street. 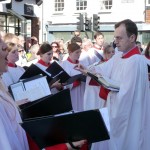 At Mitre House the Bishop made a change from the clothes of a Vicar to the ceremonial clothes of a Bishop. Fully robed,  he then  made his way to the upstairs window to look out over the singing cathedral choir.

The procession moved on to Chorister’s Green where he was met by the head boy and head girl choristers before the Bishop moved into the cathedral itself for the actual enthronement . The Archdeacon of Canterbury, as representative of the Archbishop, placed him in the Bishop’s throne.

The new Bishop said, “I look forward enormously … to becoming part of a great diocese with all the opportunities and challenges ahead, trying to draw people towards God and recognising Him at work in the lives of people in Wiltshire and Dorset.” 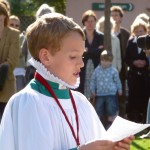 “In the last few weeks I have begun to get to know this huge diocese, with visits from Portland to Royal Wootton Bassett 100 miles apart. Our 576 Anglican places of worship each point to the presence of God in its local community. 87% of our cur church buildings are listed Grade I or II*, an important part of the country’s architectural and cultural heritage. They are cared for by voluntary effort, the state making a more modest contribution for their upkeep than in any other country in Western Europe. Churches are places of worship and service as well as worship. With our ecumenical partners, we are by far the largest and most significant organisation in the voluntary sector caring for all God’s people. Church members are a very large proportion of the area’s social capital and make vital contributions to projects from food banks that feed the poor and hungry to youth work. We have 41,000 young people in over 200 Church schools, each school serving their community.” 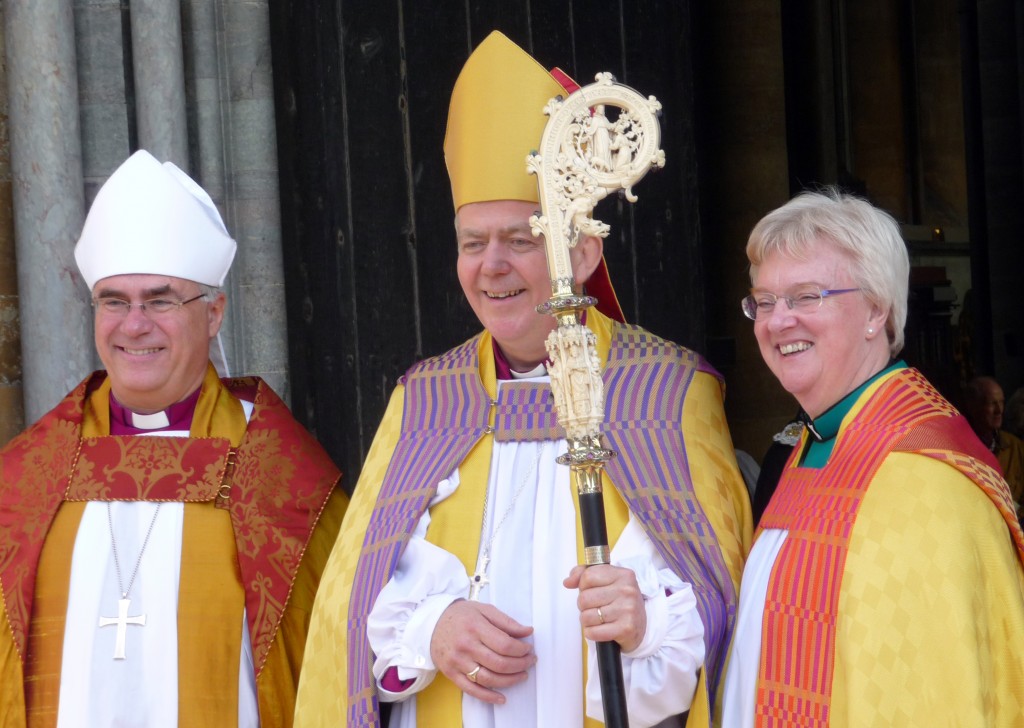 The new Bishop of Salisbury emerges