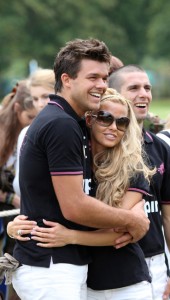 The Rundle Cup Day at Tedworth House certainly wasn’t short of glamour this year with HRH Prince Harry joining the army team in a bid to snatch back the Rundle Cup from the navy. Celebrities such as Katie Price also joined in to help raise funds for Salisbury-based charity INSPIRE. With a fun charity polo match, wheelchair races, two furlong sprint, parachute display, marching band, two top class polo matches and a spot of divot stomping, there was also no shortage of entertainment. 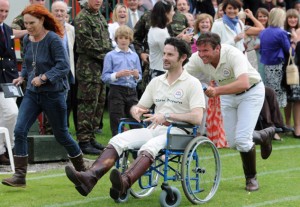 Whilst there were no major mishaps with the traditional polo, many laughs were had with the bicycle polo which really does appear to be as hard as it looks. Players were falling regularly, much to the amusement of the crowd. The wheelchair race was also a hit with the spectators as the teams battled it out in a sprint relay. Whilst the wheelchair race was fun, it brought home the significance of the work done by INSPIRE for spinal patients, many of which are from the equestrian world.

It seems that Katie had the golden touch on the day and her team came home with the trophy which she proudly displayed as she was lifted up for all to see. 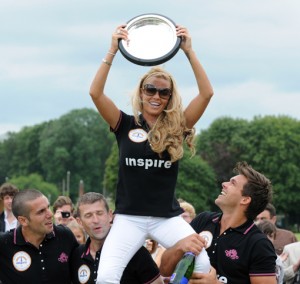 Katie Price with the trophy

“Katie was a great sport” said INSPIRE event organizer Heather Heier. “A friend of hers had a bad fall and injured her back so she was fully aware of the trauma of a spinal injury,” she explained. “Katie donated her signed top from the day to help us raise even more money which was very kind of her. She loved the day and we hope to see her back again next year. The day was a great success and we raised around £10,000.” 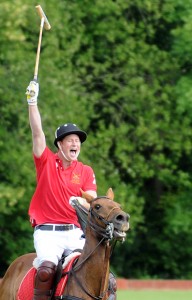 The serious polo matches took place in the afternoon. First was the Indian Cavalry Polo Trophy where the Combined Services home team successfully fended off the visiting team from the USA. The headline match however was the Rundle Cup – a traditionally hard fought match between the army and the navy. The army was very keen to win back the trophy, having lost the previous two years.

With a last minute change, Captain Harry Wales joined the army team, scoring the first goal after less than two minutes. Despite strong play by navy team members Sub Lt Hiro Suzuki and Cmdr Richard Mason, the army was just too strong and claimed back the cup – a win made sweeter because the navy team started with a 1½ point handicap lead. The final score was 8 – 5 ½.